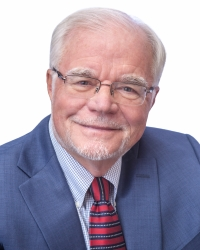 I intended this article to be about ways you could spot a really bad real estate opportunity. Then, as I wrote, I realized that there is a much more important story to tell. I’ve often wondered, by the way, how anyone serious about announcing something important could do that in a one sentence tweet blasted out at “something o’clock” in the morning. If my articles can’t be written without entirely too many rewrites, how come national policy can be written so much more causally? This article isn’t exactly national policy. Ah well, the more important story follows:

A very old widow has done something that sets my context. I say very old, and while I shouldn’t really say, I think she would agree. She’s more than 90, has difficulty hearing and seeing well enough to read, suspects even her family of dishonest enough behavior to go to jail, and changes her mind and mood like I would change a late-night tweet. She’s old, and generally people expect that kind of conduct.

This year she picked up one of those incessant promotional mailers (flyers) that come to every waterfront owner, offering to buy her house cheap. The trouble was that she lived in a 1-acre waterfront home, failing to do the maintenance that such a home always requires, and watching it, first slowly, then ever more quickly, disintegrate around her. She was flattered, I suspect, to get anything in the mail directed to her, so she answered the postcard. Like waving meth in front of an addict, these people were all over her. She agreed to sell this house in one day, for about 20% of its value. She signed a contract, and they set it to close within 2 days. They knew, obviously, that if anyone who cared anything for her found out about the deal, it was likely not to happen. Fortunately, they did find out, and it did not.

This article asks the question, why do people sometimes make really horrible real estate decisions, and how can they be avoided? Obviously not everyone is that old, feels abjectly isolated from others, or is as vulnerable as this person was. But there are still patterns in decision-making that it makes sense to remember.

First, this lady waited 15 years too late. That’s a pattern. She has outlived almost all of her support group, and doesn’t trust those who remain. Maybe never did, but certainly now she feels alone. Decisions like selling the family home, particularly when this is your sole remaining asset, need to be shared, and they don’t need to be made in a day. Once you’ve waited this long, there’s no hurry. Get advice from people who are not benefited by the advice they give. Make a list of alternatives. But don’t be rushed by people who are there to serve only themselves.

Some things are certain to happen. Both you and your home will grow older. The stuff you refuse to get rid of, either because it means so much to you, or because you can’t get up the energy to get rid of it, will mean very little to your children. In simple terms, they don’t want your stuff. Just as likely that’s the biggest reason to keep the house, and you don’t want to make that difficult, but inevitable (for someone) decision. When you can’t care for your house and don’t need it, sell it while you can make the decision yourself, and move on.

Second, and maybe most important, remember that in these days of incessant messaging, opinions come to us in entirely too many different ways, often disguised as information. Some are packaged clearly as “advertising”. Other messages come looking like news reports. But seldom do the proponents want their point of view to look like it is merely a self-serving solicitation. There are no better examples of such overwhelming and self-serving messaging than Google or Facebook for those who’ve ever looked for an item on the internet market. The people who bought this house desperately wanted their solicitation to look as if it were intended for the old lady’s benefit, and that they were only trying to help. Of course, they were. They were trying to help themselves to buy a home worth several times what they paid. Tom Selleck will sell you a reverse mortgage, not because it’s in your best interests, but because because the commissions and closing costs on a reverse mortgage are several times those of any other financing. There may be some who should consider a reverse mortgage. But not many. And most of the time such mortgages are not in your best interests, but someone else’s.

In the interests of brevity let me try a few rules for your New Year:

These days of COVID make something discomfortingly clear to me. Every day is a new palette that God gave each one of us to write his own story. No matter our ethnicity, or wherever we each came from, we all have the privilege to write that story. Time moves too fast for any of us to write as deliberately as we’d like. But let us each write on that palette in ways that help others if we can.

Happy New Year and God bless you all.

Mike Chesser is President of Chesser & Barr, P.A. and Old South Land Title, Inc., both in Shalimar, Niceville and Crestview. He is Board Certified in Real Property and Local Government Law and can be reached at mike@chesserbarr.com. All articles are indexed and can be found online at www.chesserbarr.com/blog/