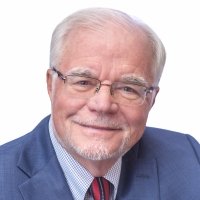 I vowed when I started writing articles that I would try very hard to make the subject meaningful, and readable, and fun. This one is not fun. It isn’t fun because the subject is the extension of subdivision covenants beyond 30 years, and that law ["MRTA"] seems artificial, inexplicable, and unnecessary. But extension of covenants is so important to homeowners that the subject can’t be ignored.

Covenants protect owners from the predictable but weird things some people will do on their property. Until the last few years covenants lasted until the date set forth in the document for their expiration or until the owners jointly decided they were not necessary. A court could also decide they were no longer necessary. Now, because of a court interpretation of a law that only real estate lawyers knew about, covenants have been determined to last only 30 years. Yet, the larger and older the subdivision, the more likely there will be owners who don’t believe maintaining their property is important. You are not likely to find those people in Lowe’s on Sunday afternoon buying plants.

Before I begin, let me confess my roots as a legitimate Boggy. My parents were from here, and I grew up here-- both signs of a Boggy. Niceville in those days was mostly people from the south who had no notion of going anywhere else. It was not the gentile, cultured south that you think of as Savannah, or that you read about in Greg Iles’ description of Mississippi. Before Eglin Air Force base brought people from all over, Niceville and Okaloosa County were the area some people had to go through to get to South Florida. Now Eglin and the beaches have changed that.

Before that change, people who developed land had more land than they needed. Land was cheap, and its development happened in mostly larger tracts. My grandfather would have been as shocked to learn that his grandchildren had neighbors living 30 feet from their front door as to learn that he could make a phone call from a device on his wrist.

When I first began to prepare subdivision covenants, a developer told me that his new subdivision, which would have a density of about 8 lots per acre, needed no covenants. “ People don’t like them, and in North Florida they won’t tolerate being restricted in what they can do on their own property”, he said. I didn’t believe it then, and I don’t believe it now.

One with a serious interest in behavior knows that the real issue is not whether an owner wants to be restricted of the use of his own property, but whether that same owner wants some restriction on what his neighbor can do with his property. That answer is different.

No one wants to spend time and money making his property really nice, outside or inside, only to find that 30 feet away his neighbor left his old toilet sitting in the front yard, or puts his old car on blocks beside the driveway until it rusts away. The home-ownership investment required by today’s market cry out for some reciprocal boundaries on what neighbors should expect from each other. That’s what this article is about.

Please begin by understanding that this discussion of covenants is only the beginning. Get your own lawyer and hold him or her close. Assuming you once had a valid set of covenants, the following is generally true: